Calendar - Parting of the Ways: Ukrainian and Ruthenian Greco-Catholics in the United States 1880-1930

Parting of the Ways: Ukrainian and Ruthenian Greco-Catholics in the United States 1880-1930 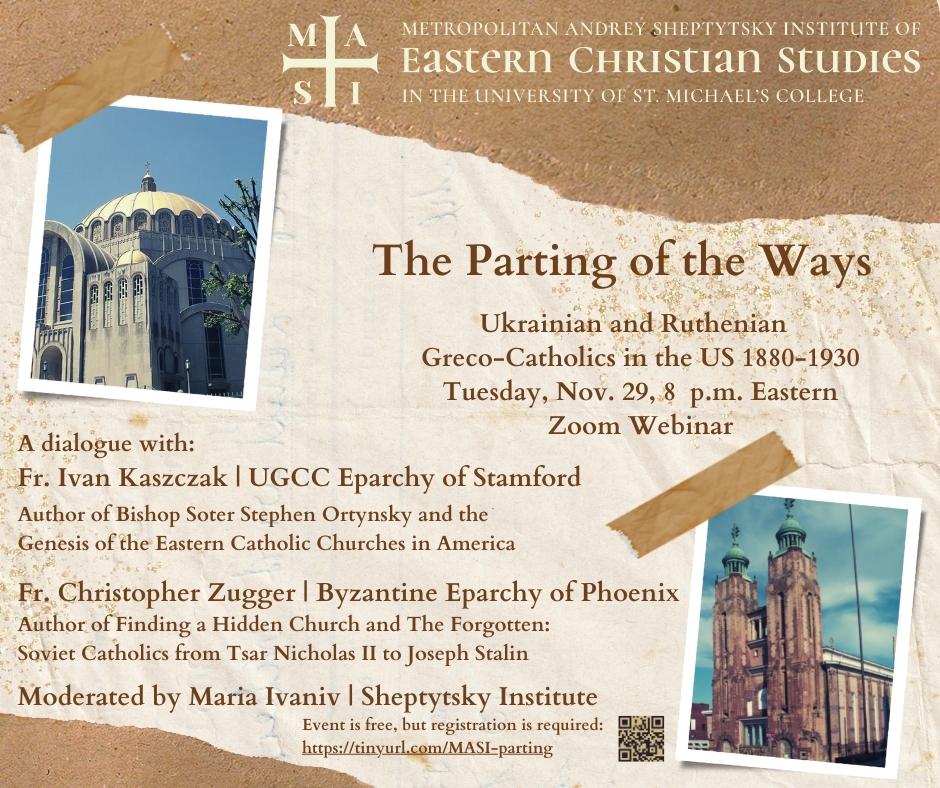 Parting of the Ways: Ukrainian and Ruthenian Greco-Catholics in the United States 1880-1930

In 1884, the first Greco-Catholic priest came to minister to immigrants in the US. Hear the heroic sacrifice of these people to establish communities and how they flourished, mixed, mingled, and split to form two jurisdictions in the United States in 1924. The webinar will feature a dialogue between two seasoned pastors and church historians, Fr. Ivan Kaszczak (Ukrainian Eparchy of Stamford) and Fr. Christopher Zugger (Ruthenian Eparchy of Phoenix), led by Maria Ivaniv (Sheptytsky Institute of Eastern Christian Studies). Event is free, but registration is required: www.tinyurl.com/MASI-parting.

Fr. Christopher Zugger is a priest of the Byzantine-Ruthenian Catholic Eparchy of Phoenix. He is the author of numerous studies on the Eastern Catholic Churches in the U.S. and abroad, including The Forgotten: Catholics of the Soviet Empire from Lenin through Stalin (Syracuse University Press) and Finding a Hidden Church (Eastern Christian Publications). He is pastor emeritus of Our Lady of Perpetual Help in Albuquerque, New Mexico.

Maria Ivaniv is a graduate of Ukrainian Catholic University and the Catholic University of Leuven. She is currently completing a Ph.D. at the Sheptytsky Institute of Eastern Christian Studies in the Regis-St. Michael’s Faculty of Theology in Toronto on the reception of Vatican II among the Eastern Catholic Churches in the U.S.